We have basically heard about 301, 501 and 801 dart games. But there are some other variations in dart games. One of the most popular games amongst all the dart games is baseball dart. The rules to play the baseball dart game are very simple and easy. You can play this game along with your friends also. Just like the baseball game you have to hit the numbers from 1 to 9. That means you have to hit all the 3 specks of dirt in slice 1 in 1st innings and then in slice 2  in 2nd innings and it will go continuously for 9 innings. Dartboard is a circle where some numbers are in some individual slices. You have to hit the numbers one by one and you have to collect points as many as you can from that slice. After the 9 rounds, all points gathered by a single will choose the winner, I mean who will collect most points will be announced as the winner.

Make a scoreboard to count the score

While playing the baseball dart you need to be focused on the game and remember the points you earned by throwing the darts to the dartboard. It is too hard for many people. To keep it simple, prepare a scoreboard to write down the score in the scoreboard.

First, write down all the players name on the top row of the board. Then write the numbers from 1 to 9 in the outmost left-hand side column because the game is played in 9 rounds. And don’t forget to make a row bottom of all the points where you can write down the total points of each player.

If you are playing this game with some of your friends. You might have some problem with the matter that who will go for the first or you can have a problem with throwing order with your friends. The suggestion is you can determine the throwing order by throwing darts to the dartboard. The player who hits the dart most close to the bullseye will go for the first and the second one who hits the dart close to bullseye will go second. Thus you can prepare the throwing order.

How to play the baseball darts game

The dartboard is a circle and it is divided by some slices. You will find that each slice has different numbers. Try to hit the numbers one by one, for example, you need to hit the slice of number one in the first hit with all 3 darts. Then you have to go to number 2 in the second round. Collect as many points as possible. It will continue for 9 innings as I said before and the highest points gathered by a person will get the victory. If after 9 innings the game tied then they have to go for the bullseye and it will continue until you be the winner then there will be no tie.

How score counts in the baseball dart game

How to win the game

Try to collect as many points as possible from each throw. The total points you gain at the end of the game will decide the winner. After the game, if the score stays tie, players have to play until someone gets much score than others just like the baseball rule. If you fail to hit the exact number you need to hit then you won’t get any point for that round for example if you don’t hit the 3rd section during 3rd innings and hit another point you won’t get any point. 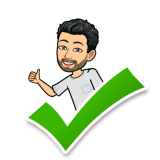